Josh’s work as a community song leader began as an inquiry into the state of protest songs after the 2016 election, which sent him out on the road to interview dozens of musicians and song leaders for a project called “Finding Our Voice.” Since his return in the fall of 2017, he’s been leading regular community sings in the Texas State Capitol rotunda and other public spaces around Austin to build community and resilience through song. He’s also a regular song leader and organizer at rallies, meetings and marches for various organizations and social justice movements including IfNotNow and the Poor People’s Campaign. 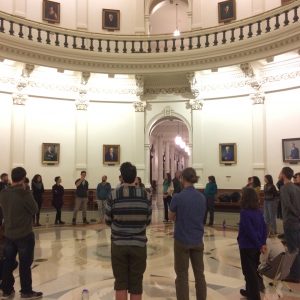 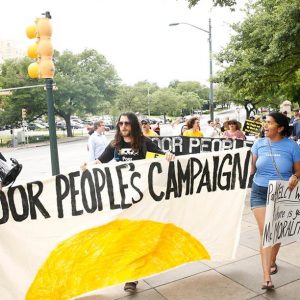